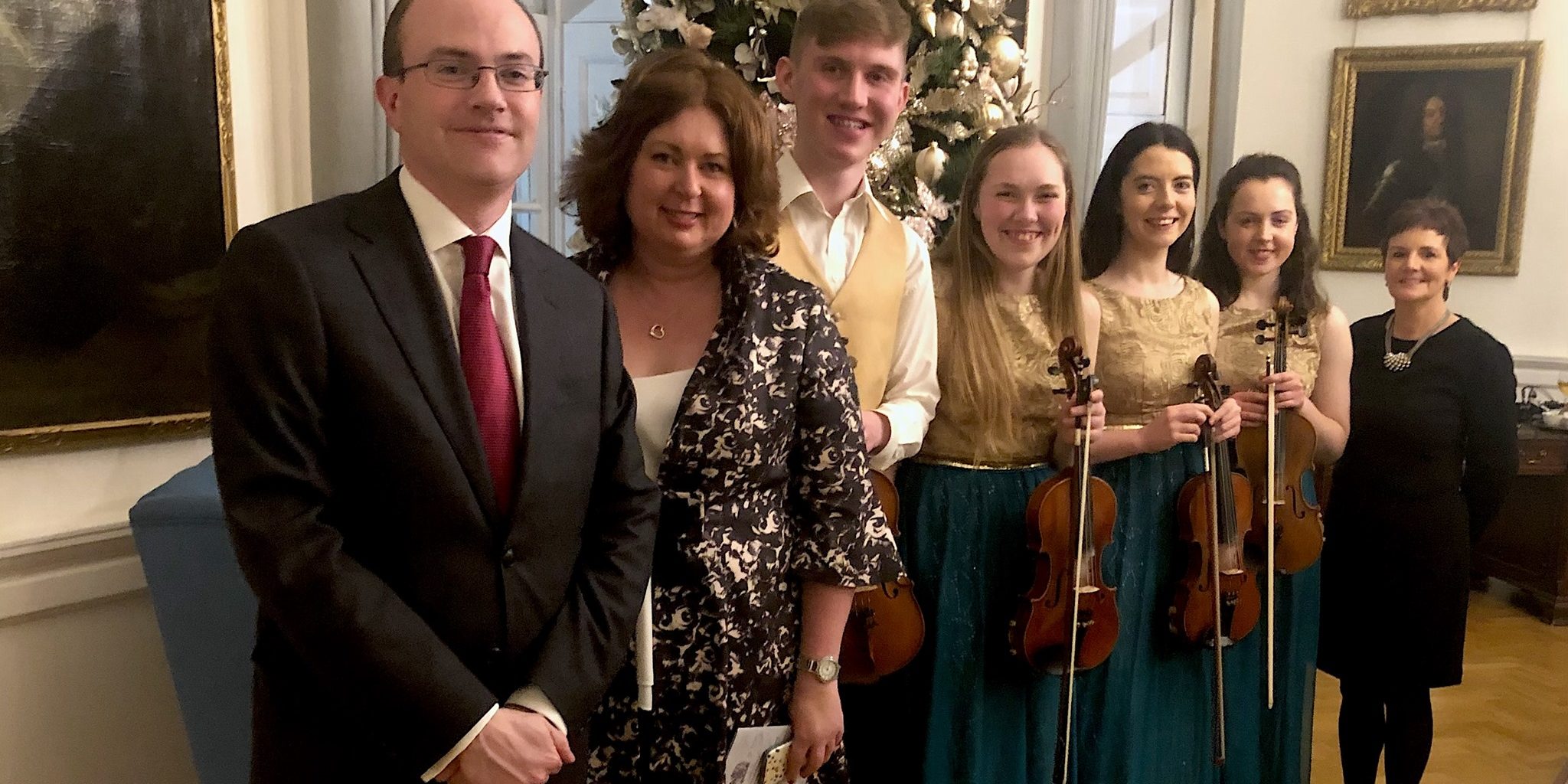 CBOI was delighted to be invited to provide music as the North South Ministerial council and the North South Implementation Bodies marked their 20th Anniversary with a reception in the stunning surroundings of the Palace Demesne, Armagh. Huge thanks to CBOI Strings Richie, Maria, Treasa and Caroline who entertained for two hours and were hugely appreciated by all in attendance.

The North South Ministerial Council (NSMC) was established under the Belfast/Good Friday Agreement (1998), to develop consultation, co-operation and action within the island of Ireland. Areas of co-operation include Agriculture, the Environment, Tourism, Education, Health and Transport. Co-operation in these areas is overseen by six implementation bodies: Waterways Ireland, the Food Safety Promotion Board, Intertrade Ireland, Special European Union Programmes Body, the Language Body, and the Folye Carlingford and Irish Lights Commission. Each of the six North South Implementation Bodies, operates on an all-island basis. While having a clear operational remit, all operate under the overall policy direction of the North South Ministerial Council, with clear accountability lines back to the Council and to the Oireachtas and the Northern Ireland Assembly.