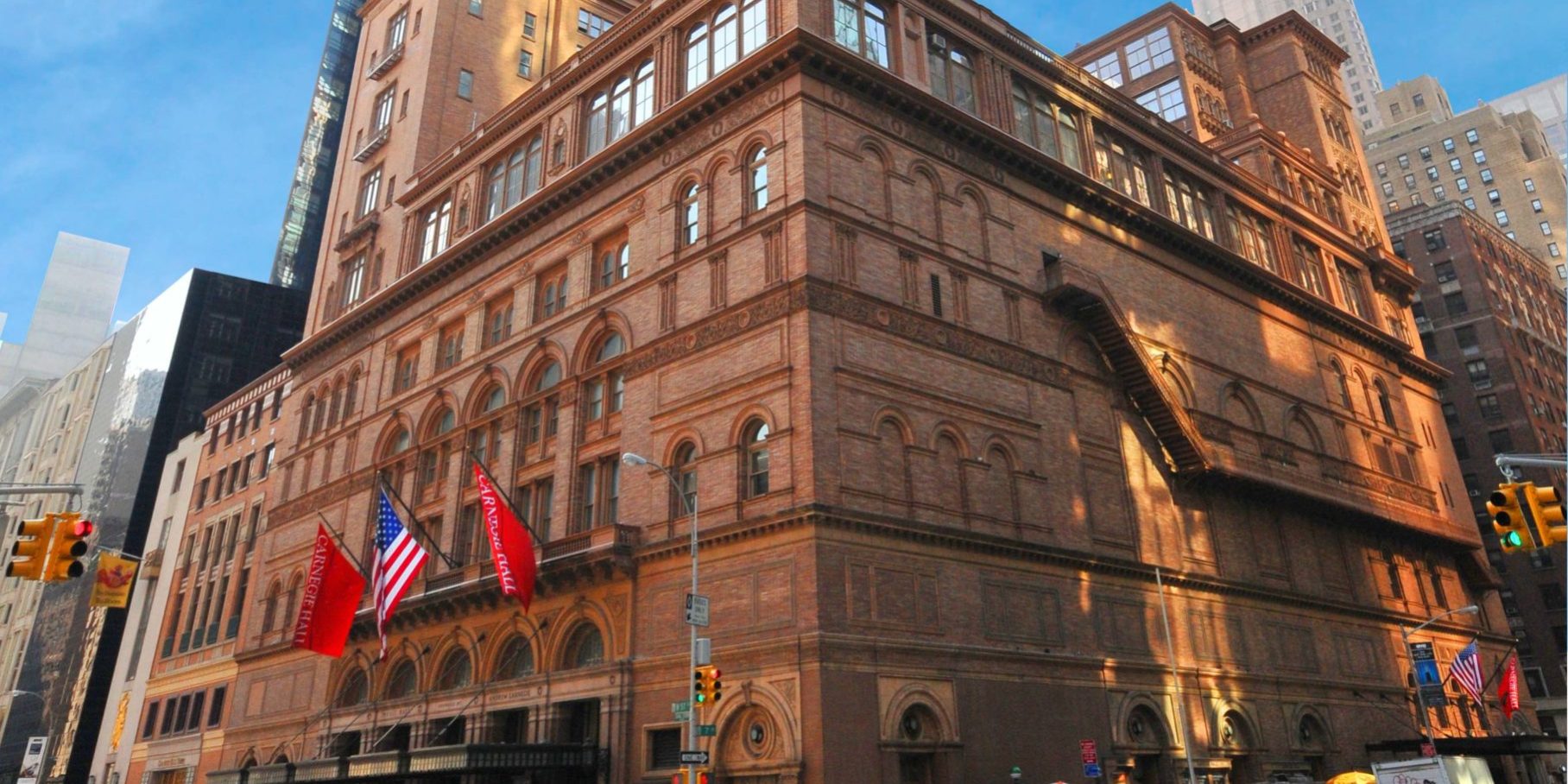 From the very beginning, a sense of importance, even destiny, has surrounded Carnegie Hall. ”Who shall venture to paint its history?’‘ Andrew Carnegie asked as the cornerstone was laid on May 15, 1890. Since its first opening night in 1891, Carnegie Hall has showcased the world’s finest artists, from Tchaikovsky and Mahler, to Horowitz, Callas, Bernstein – even the Beatles!! For all these performers, Carnegie Hall casts the same spell. From the acoustics, the audience, the artistic standards, the ghosts; every great performer, conductor, orchestra, regard playing Carnegie Hall as the pinnacle – not just of their career, but of their life!

Great musicians, the world over, dream of such a moment. Though many dedicate their lives to music and embark on various musical journeys, very few are privileged enough to reach acme and tread the boards of the world’s most iconic stage – the Perelman Stage / Stern Auditorium, Carnegie Hall, New York.

At 7pm on October 30th 2020, the renowned Cross Border Orchestra of Ireland will experience the glory of Carnegie Hall as they mark their 25th Anniversary, and a quarter century of promoting peace, unity and tolerance Nationally and Internationally, with a celebration concert on this majestic stage.

Remarkably CBOI is not new to Carnegie Hall having previously performed there to sell-out audiences in 2005 and 2014. Both concerts received multiple standing ovations and got rave reviews in the New York media. Indeed ‘Irish America Magazine’ hailed the 2014 concert as “the greatest Irish American celebration in living memory”.  Since then this celebrated and award-winning orchestra has been selling out venues all over Ireland, Europe and even China. They have performed for Presidents including our own Michael D. Higgins and Barack Obama at the White House, Washington D.C., and for Queen Elizabeth II at Hillsborough Castle.

The Cross Border Orchestra of Ireland celebrates peace through the universal language of music and over 30,000 children in Ireland, Norther Ireland and the U.K. actively participate in their Peace Proms programme every year. A belief in the power of music, and a passion for peace has driven this Orchestra to achieve unimaginable heights over the years; and their 25th Anniversary Concert at Carnegie Hall, New York will celebrate their achievements and further light the way for a continuation of this wonderful era of peace in Ireland.

The Cross Border Orchestra of Ireland (CBOI) was established in 1995 as a peace initiative and is composed of 100 talented and dedicated young musicians from all over Ireland and Northern Ireland. The Orchestra rehearses in Dundalk on Sundays and performs 15 Arena concerts in the Spring of each year; playing everywhere from the SSE Arena in Belfast, to the RDS Arena in Dublin and the M&S Bank Arena in Liverpool. Over the past 25 years, the CBOI has played an important role in building and nurturing vital cross border and cross community relations and is regarded internationally as a flagship peace initiative.

This acclaimed and award-winning youth orchestra has also performed to sell out audiences in premier venues throughout the world including Carnegie Hall, New York; the Royal Albert Hall, London; Boston Symphony Hall; Chicago Symphony Hall; and the Oriental Arts Centre Shanghai. They have played for Queen Elizabeth II at Hillsborough Castle and in 2016 played for Barack Obama in the White House, Washington D.C. for his final St. Patrick’s Day celebration as President of the US.

In 2002 the CBOI launched a choir programme for Primary Schools to run parallel to the Orchestra programme. Now, over 30,000 Primary School children including 6,000 children from both communities in Northern Ireland, actively participate in Peace Proms every year. Peace Proms engages children in music and enriches their lives through exceptional musical experiences and performances. Peace Proms makes the Arts more accessible to young people, their schools, families and the wider community. Peace Proms celebrates culture and diversity and promotes peace, unity and tolerance through music.

CBOI is a registered charity in Ireland: 20054892; the UK: XT22593 and the USA 260270, and is totally NOT-FOR-PROFIT.  Originally funded through EU Peace Funds, the CBOI is now self-supporting and depends on the generosity of our sponsors. We are deeply indebted to all our supporters, sponsors and volunteers for helping us to bring the joy of music and peace to children, families, schools and communities throughout the world.