COUNT US IN– OUTSTANDING MUSIC
EDUCATION FOR YOUNG PEOPLE 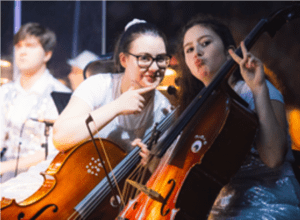 Count Us In is supported by Louth Leader Partnership

Count Us In  is a FREE instrumental tuition programme for young people aged between 10 and 16 years.

The programme is suitable for beginners but may also be of interest to young people who have a foundation in piano.

Participants are provided with an instrument on loan and free weekly group lessons. 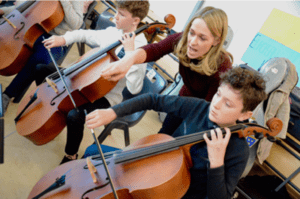 Count Us In is a pioneering project modelled on the Venezuelan system of music education which is regarded as the best in the world.

It is based on group tuitionas research shows that young people are more receptive to learning and more motivated in a group situation especially when they are part of a committed team who strive together to achieve excellence.

All children and teens should have the opportunity to take music lessons and experience the social, emotional, and academic benefits that come from learning an instrument, particularly in a group setting.

The CBOI has been involved in music education for almost 26 years, and is in a unique position in that musicians trained under ‘Count Us In’ can go on to become members of the Orchestra.

By being part of this amazing organisation, members develop a great sense of achievement, self-confidence and ambition; and experience the enormous pride that comes with being a valued part of a successful, dedicated team. 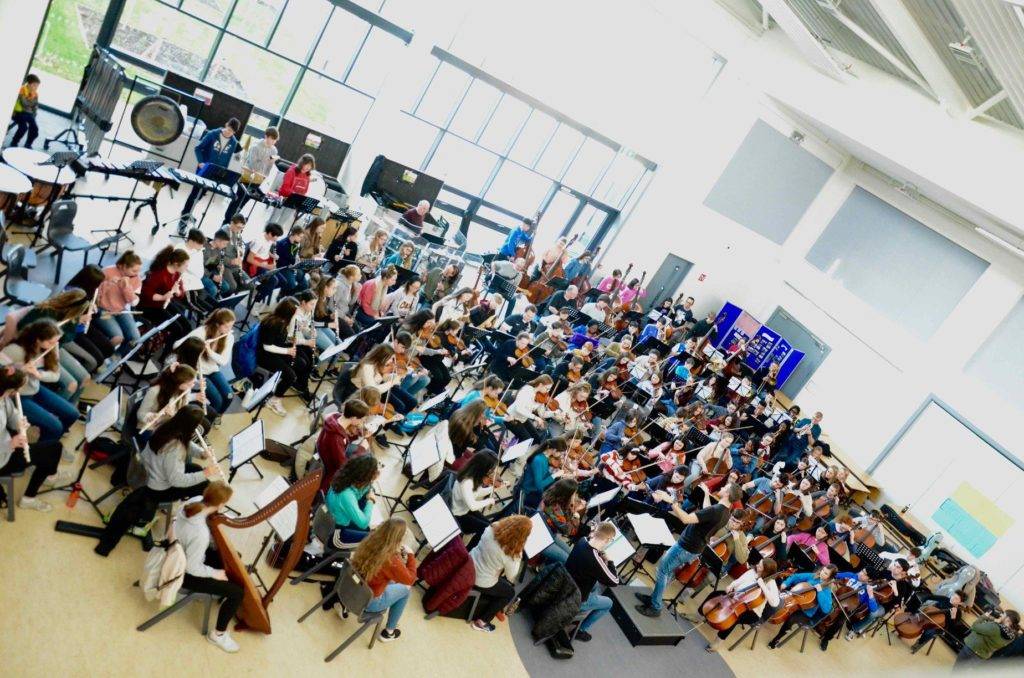 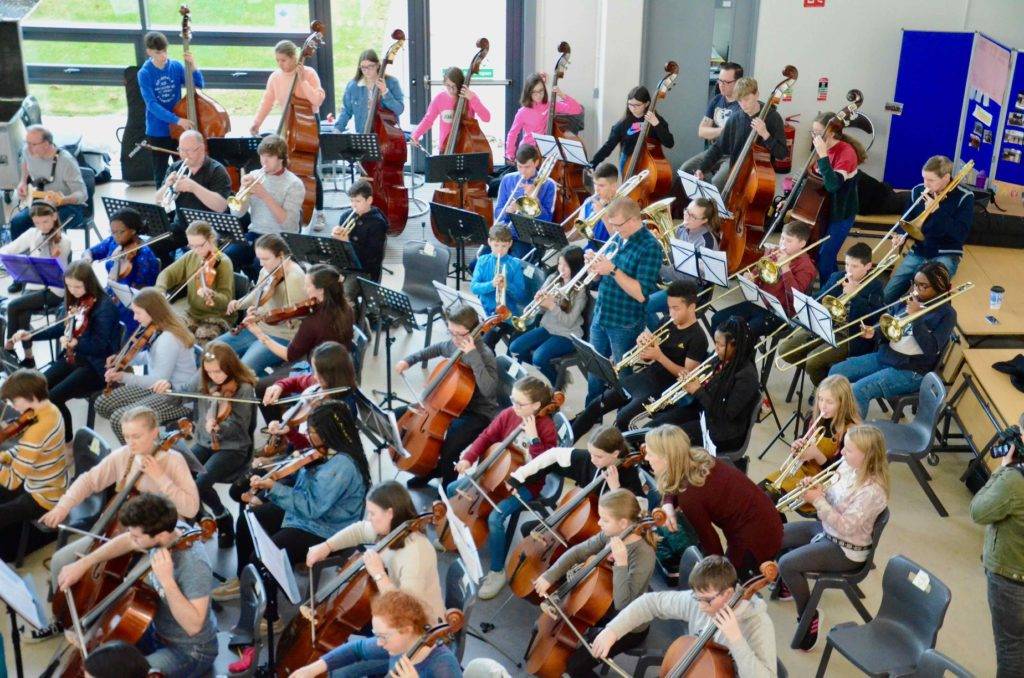 CUI students get the opportunity to rehearse with the Cross Border Orchestra of Ireland. The emphasis is on ensemble learning and playing 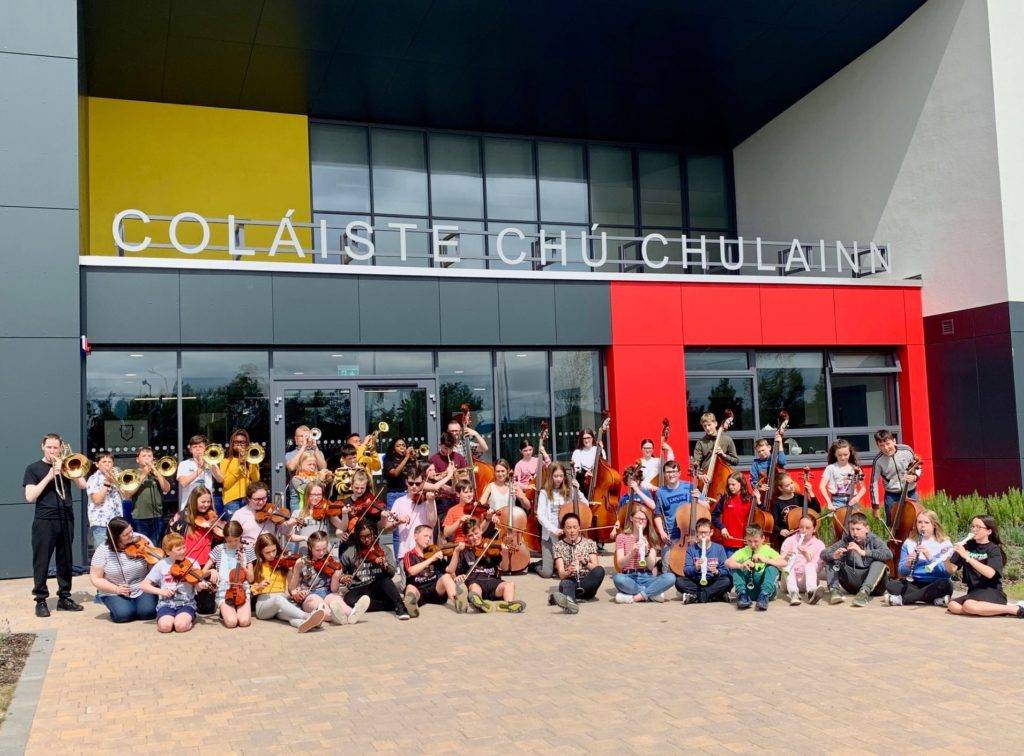 Rehearsals and lessons are held in the state-of-the-art facilities at Coláiste Chu Chulainn, Dundalk. 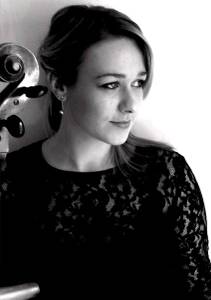 Aoife Dennedy is a professional cellist based in Dublin. She works as a freelance cellist across Ireland and has played with many art- ists including Michael Mublé, Josh Groban, Westlife, Alesha Dix- on, Phil Coulter, Ham Sandwich and Nathan Carter to name a few. She also performs regularly at weddings, private events and cor- porate functions with her quartet “The Leinster String Quartet”.

A Keen orchestral musician, she has played with the NI Op- era, RTE Concert Orchestra, Wexford Festival Opera Or- chestra and Symphonia Cymru. Aoife holds a BA in Mu- sic Performance from The Royal Irish Academy of Music and a Masters in Music Performance from the Royal Northern College of Music 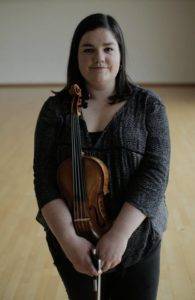 Marieclaire graduated with a Masters in Classical String Performance from The University of Limerick in 2018 under the guidance of Katherine Hunka, leader of the Irish Chamber Orchestra. She was awarded the RTE Lyric FM String Scholarship to complete her studies. In 2012 she graduated from the Cork School of Music with Bachelor of Music Honours under the guidance of renowned violinist Ruxandra Petcu-Colan. She has also completed postgraduate studies in violin performance with the DIT Conservatory of Music and Drama. She is currently studying violin with Raquel Castro in Barcelona, Spain. Marieclaire has participated in many solo and chamber master classes with violinists Baiba Skride, Catherine Leonard, Debbie Diamond, the Vanburgh Quartet, Aoife Nic Athlaoich, Robin Panter, Rita Manning and the RTE Con Tempo Quartet.

Marieclaire is 1st violinist with the Amoroso Quartet and as a former member of the CBOI has always had a keen interest in orchestral playing. Most recently she has played with the Irish Chamber Orchestra during their 2018 December tour. She lead the Esker Festival Orchestra on their 2017 tour. Marieclaire has played and toured extensively with many orchestras in Ireland including the Hibernian Orchestra, Fishamble Sinfonia, SinfoNua and the Academos ensemble with the Irish Chamber Orchestra.

As a session violinist Marieclaire has recorded and performed with many artists such as Lisa Hannigan, Hermitage Green, We Lived in Cities, I Am Niamh and FIELDS. Marieclaire has a great interest in teaching and has been on staff with the Irish Chamber Orchestra’s Sing Out With Strings programme and is currently teaching the CBOI Dynamic Strings project. 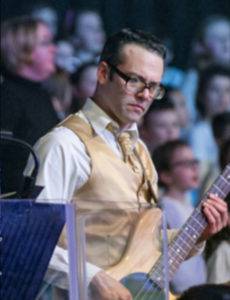 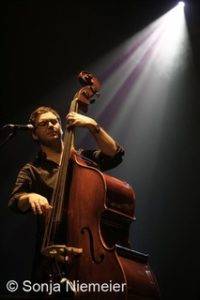