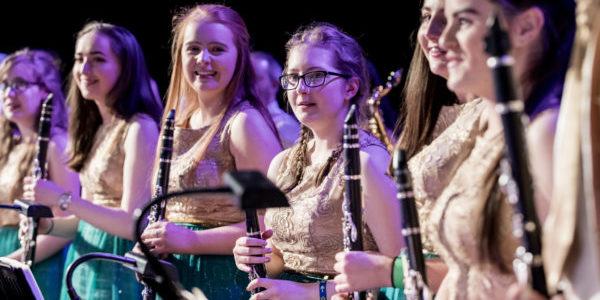 The Cross Border Orchestra of Ireland provides exceptional performance opportunities for young people, coupled with orchestral training which is second to none. If you are a young musician between the ages of 13 and 24 years, who is passionate about music, not afraid of hard work and commitment and wants to work with like-minded young people, now is your chance to become part of one of Ireland’s leading cultural initiatives.

CBOI members get the incredible opportunity to perform in our Peace Proms Arena Tour each year. This involves up to 15 concerts each Spring where members can expect to perform to audiences in excess of 80,000 people. Concerts take place in iconic arenas throughout Ireland, Northern Ireland and the UK including the SSE Arena, Belfast; the Simmonscourt Arena, RDS, Dublin; Limerick University Sports Arena; Waterford Arena; Galway University Sports Arena, and the Echo Arena in Liverpool. By being part of these amazing concerts, members see a remarkable improvement in their standard of personal performance and musicianship, and develop a great sense of achievement, self-confidence and pride that comes with being a valued part of this successful, dedicated team.

The CBOI also undertakes regular international concert tours and in the past, has performed in many top venues throughout the world including Carnegie Hall New York, and the Royal Albert Hall, London, Chicago Symphony Hall, the Oriental Arts Centre Shanghai and the World Trade Expo Shanghai where they won an international music award for “Outstanding Performance”. CBOI has also had the honour of performing for Queen Elizabeth II at Hillsborough Castle and for USA President Barak Obama at the White House, Washington D.C.

CBOI members get the opportunity to perform to professional concert-orchestra standard, and work with leading conductors and professional musician. CBOI’s conductor Mr. Greg Beardsell, is one of the most outstanding conductors of his generation, and is considered a leading light in music education and performance. Greg works worldwide as a Conductor, Singer, Adjudicator, Workshop Leader and Presenter and is sought after by top orchestras and choirs throughout Europe, Asia, the UK and Ireland. Greg is known for his extraordinary ability to lead powerful and exhilarating performances, always getting to the heart of the music. In addition, CBOI members get the opportunity to work with a team of Ireland’s top professional musicians who coach members during workshops and perform along-side our members during concerts.

CBOI members get the opportunity to be part of one of Ireland’s leading music and arts movements. The CBOI plays a vital role in enhancing Music and Arts Education in Ireland, Northern Ireland and the UK through our Peace Proms programme. Over 30,000 Primary School children from different social, economic, cultural, religious and political backgrounds actively participate in Peace Proms each year making it Ireland’s widest reaching and most important Arts Education and Peace programme. 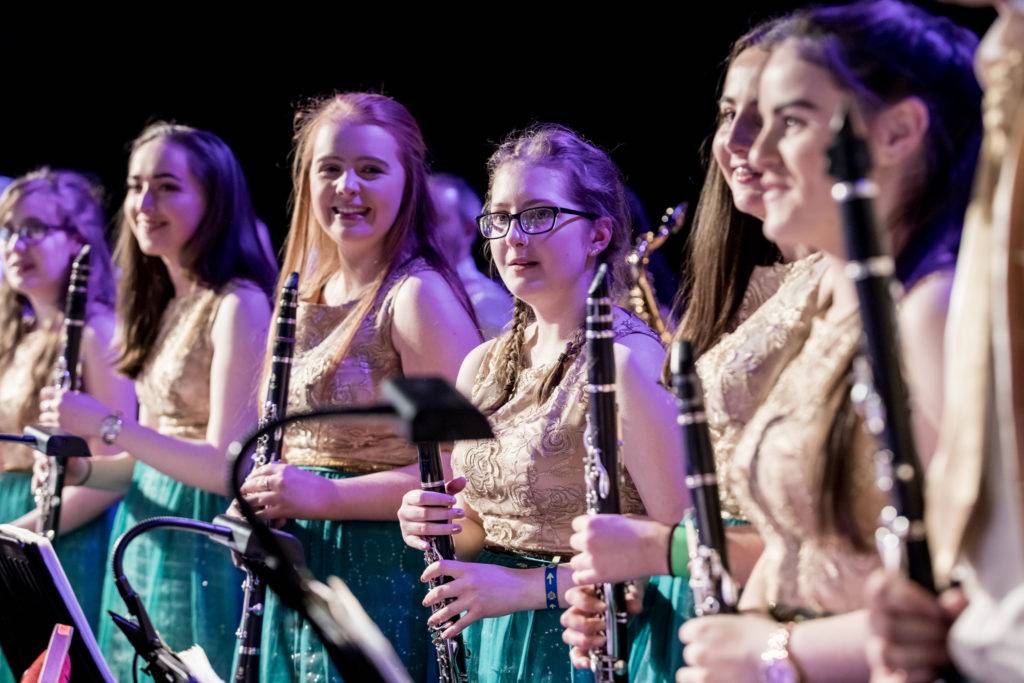 The CBOI accepts members from all over Ireland and Northern Ireland. Although the majority of members are between the ages of 13 and 24years, we also consider applications from accomplished adults who would value the exceptional opportunities provided by the CBOI. Rehearsals take place on 3 Sundays per month from September to January, in the Carnbeg Hotel, Armagh Road, Co. Louth or in the DkIT. Concerts take place over five weekends from January to March. A week-long workshop takes place in August and during the Christmas holidays. CBOI is in recess from mid-March until August to facilitate members taking school & college exams. All orchestral instrumentalists may apply. Bagpipers may also apply. Minimum standard required, full terms and conditions, rehearsal and performance schedule, and online application are available on our website www.cboi.ie New applicants should be in a position to join from August 2018. Use the Form below to apply. For further information email sorcha@cboi.ie or phone our office on +353 4293 70494.

CBOI is a registered charity in Ireland: 20054892; the UK: XT22593 and the USA 260270, and is totally NOT-FOR-PROFIT.  Originally funded through EU Peace Funds, the CBOI is now self-supporting and depends on the generosity of our sponsors. We are deeply indebted to all our supporters, sponsors and volunteers especially our lead sponsor; the Dep. Of Arts Heritage and the Gaeltacht, the Dep. Of Education and Skills, and the Goodman Foundation, for helping us to bring the joy on music and peace to children, families, schools and communities throughout the world. 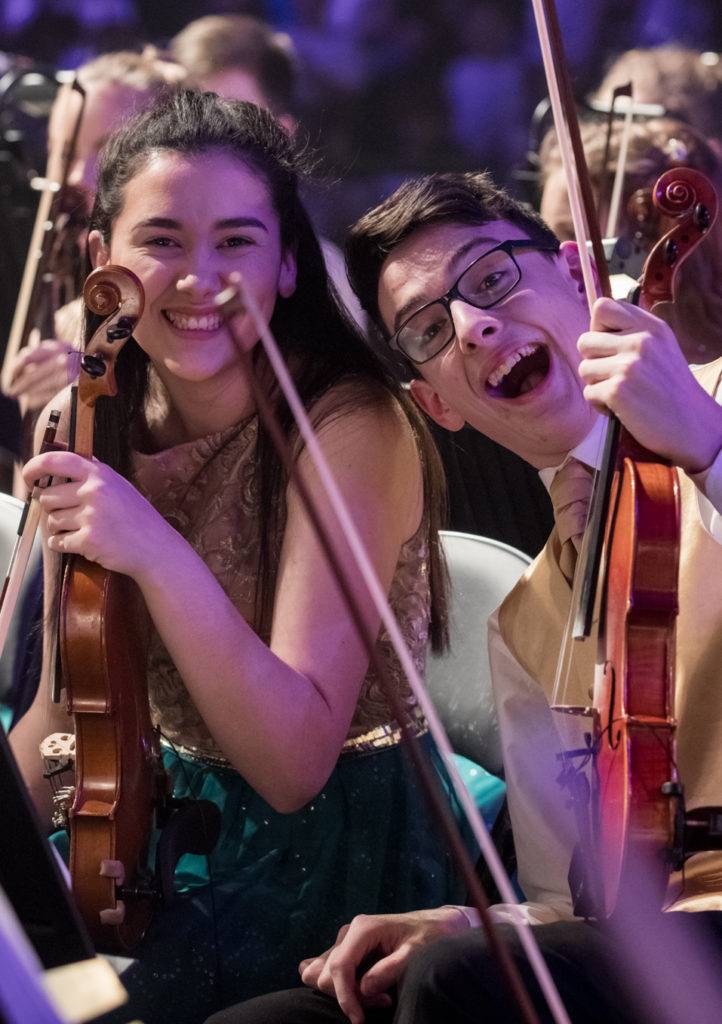 HAS YOUR CHOIR GOT WHAT IT TAKES TO HOST A WORKSHOP?
January 11, 2022
Recent Posts
Make A Donation
Please fill all widget settings!
Go to Top