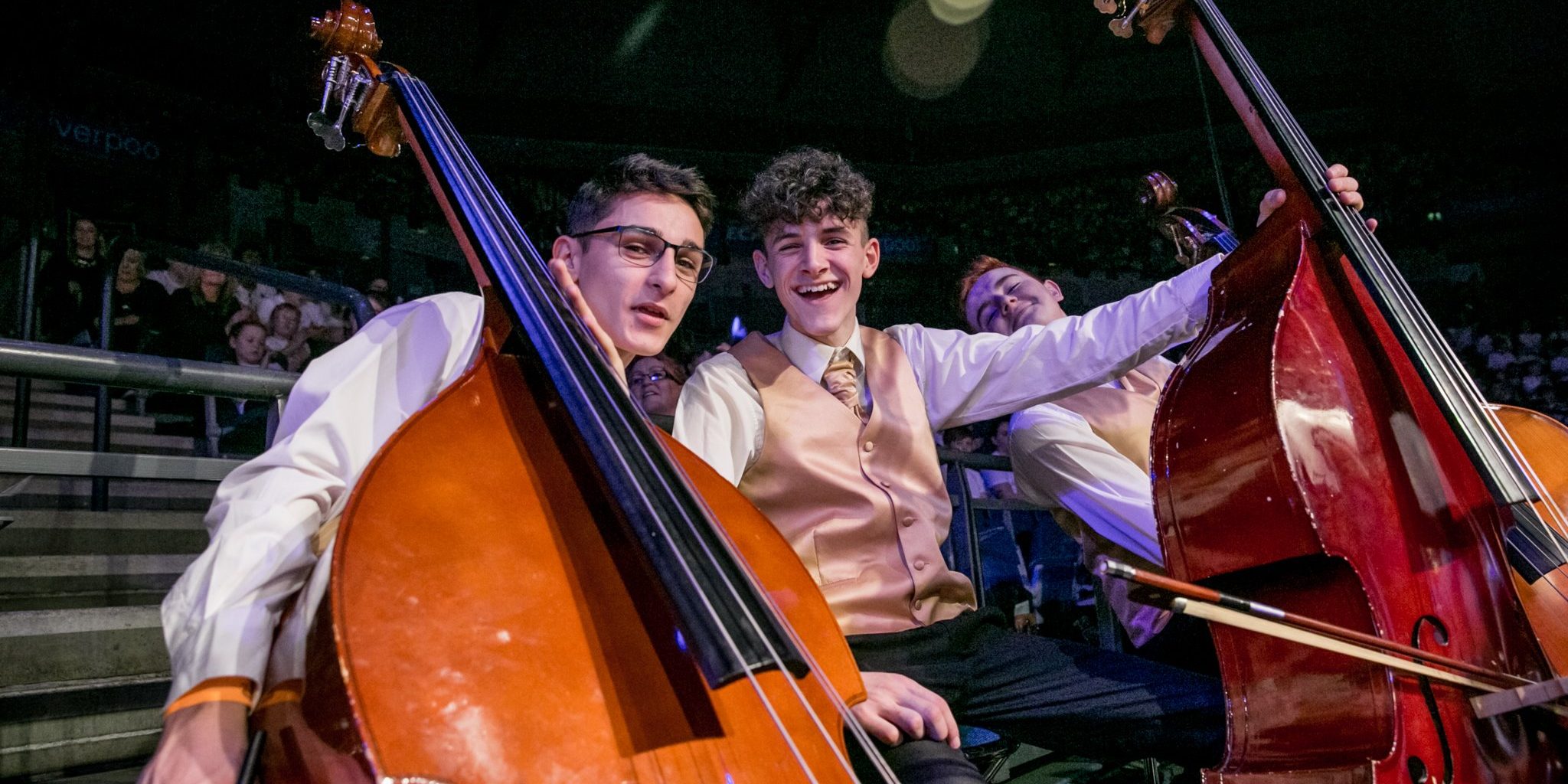 3,000 children from 71 primary schools across the North-West joined the celebrated Cross Border Orchestra of Ireland (CBOI) yesterday to perform at the Peace Proms 2017 at Liverpool’s Echo Arena.

Internationally acclaimed conductor Greg Beardsell led the pupils – who came together for the first time as the Peace Choir – to sing alongside Ireland’s most celebrated youth symphony orchestra at a concert held outside of its native Ireland for the first time.

A captivated audience was treated to a wide range of musical performances including a Disney medley, traditional Irish music and even a 1990s-inspired dance interpretation which had many of the audience on their feet.

The standing ovation at the end of the performance was well deserved, with each and every child a credit to their school.

Established as a peace initiative in 1995, the Peace Proms “celebrates culture and diversity and promotes peace, unity and tolerance through music”.

A workshop was held at the Echo Arena in December to prepare the schoolchildren for the concert which gave them “the unique opportunity to perform in a large-scale production, work with leading professional conductors and soloists and sing with a full symphony youth orchestra”.

Following the success of the event, plans are now underway to bring the Peace Proms back to Liverpool on a yearly basis.